The artist who stares at sheep 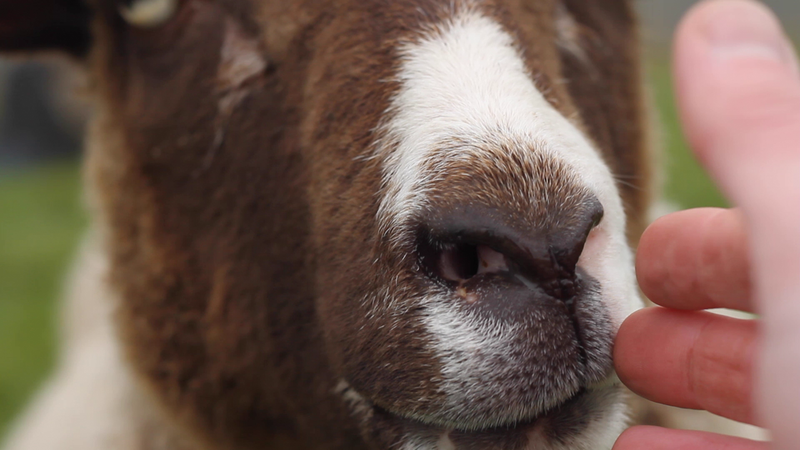 In the first of a series of blogs reflecting on his residence with the project, Shane Finan talks looking at sheep as an artist, and how sheep view us in return.

I grew up in hilly north-west Ireland, surrounded by sheep. When you climb the mountains there, you look down on a land that is sectioned into obscurely shaped areas of greens and browns, marked off by hedgerows at the outer boundaries. Inside each of these misshapen tiles are clusters of off-white dots, like a moss or a fungus growing on the hillsides. My neighbours kept sheep, and I had wandered these lands for years as an avid lover of tramping in unsheltered spaces. North Sligo is sheep country through and through. So when I joined the FIELD project as artist in residence in October 2020, I thought I knew sheep. I was very wrong.

When I began looking at sheep as an artist I allowed for the possibility that anything could be presented to me, but I was specifically looking for a connection between farmers and the animals that they share a space with. I had to start somewhere. I soon saw that the connection between farmer and animal is part of a bigger story about empathy and vulnerability. I decided that I needed to see more of the animals for myself, and to get to know them.

Lameness is one of the conditions that the FIELD project is researching. The farmers I have met through the project were happy to introduce me to some lame sheep, with mild diseases like scald or footrot, or with injuries that cause difficulty in walking. The first that I met was a ewe in Scotland. She eyed me suspiciously from a distance, and seemed reticent. She was a hill sheep who had recently been taken to this lowland field to be treated and had a touch of wildness from not being around people regularly. The ewe kept her distance guardedly, avoided the roaming lens of my camera, and moved away if I moved closer. I was frustrated at first, hoping somewhat morbidly to get a look at a disease “up close”, but slowly began to understand that she was already showing me something important.

The importance was made clear to me later, with another ewe that I met in a field in north England. The farmer, Fransje Samson, had given her a name: Dandelion (I do not know what she called herself). Dandelion showed her vulnerability readily, reacting to my presence as I entered a field with Fransje by emptying her bladder (Fransje said this is proving that she is lighter so ready to run away) and warily keeping her distance. She had a problem with two of her hooves, causing her to limp – the front-left was worst*. I spent time with this small flock, and as they got used to me, the other ewes approached me with cautious curiosity. But Dandelion kept a distance. She acted up, bullying another ewe that was new to the herd despite the fact that the exertion clearly hurt her. I was a strange presence to this flock, and to her, I presume I was a threat; by acting up she could appear hardier and healthier. But soon she jealously looked on as I petted some of the most comfortable of the flock. At one point, she decided to brave the danger and approached me eagerly with ungainly lunges on her injured feet, only to freeze around three metres away, looking straight at me. I believe that in that instant I represented at least two things to Dandelion: a threat and a friend. And the fear of the threat outweighed the possibility of a petting, so she kept her distance.

To approach me, and then stop dead in her tracks, Dandelion had to understand her own vulnerability, and have a sense of my intention. That involves a level of complex thought. The philosopher Vinciane Despret has spent much of her career looking at people who look at animals. She gives countless examples of how we apply western moralistic ideas to animals, often despite what people have observed, because it doesn’t fit our preconceived ideas (Despret, 2016). Since meeting Dandelion I have spent many hours in fields with sheep, and have tried to use my learning from her to understand other sheep perspectives.

The primatologist Thelma Howell moved her studies from primates to sheep some years ago. She has witnessed a complexity in how sheep see humans as both predator and protector simultaneously. We are a threat, but we keep away bigger threats like wolves (Despret, 2006). While I cannot see the world from the mind of a sheep, I can at least consider what leads to this complex reasoning and see the similarities in my own behaviour. In 2016, I broke my shoulder in a bicycle accident. I was living in Dublin City and had to take a bus to go to work. I remember the fear of someone hitting the protruding arm in its awkward sling unintentionally, or worse still the fear of someone attacking or trying to rob me – I was mostly defenceless. Dandelion brought me back to this idea.

What eyes do we use to do our looking? We all have preconceptions and assumptions. I went into fields seeking ideas about farmers and disease, and I found vulnerability. Vulnerability has presented individuality to me. And this has helped me see sheep as an artist. 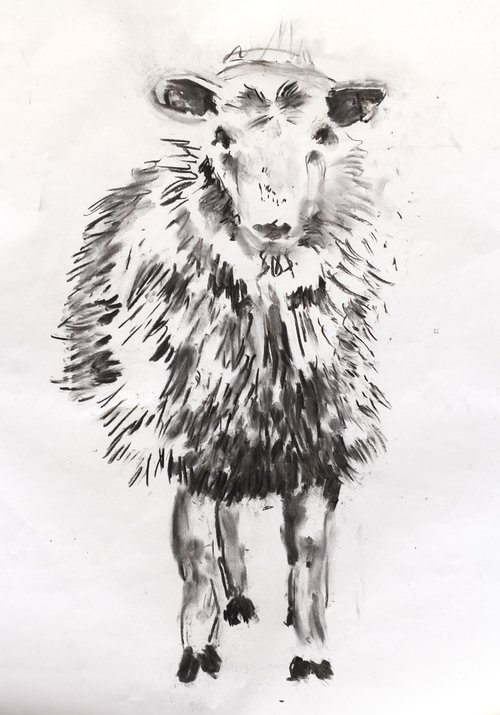 All images are copyright (c) of Shane Finan.