Five Things a Gate Can Be 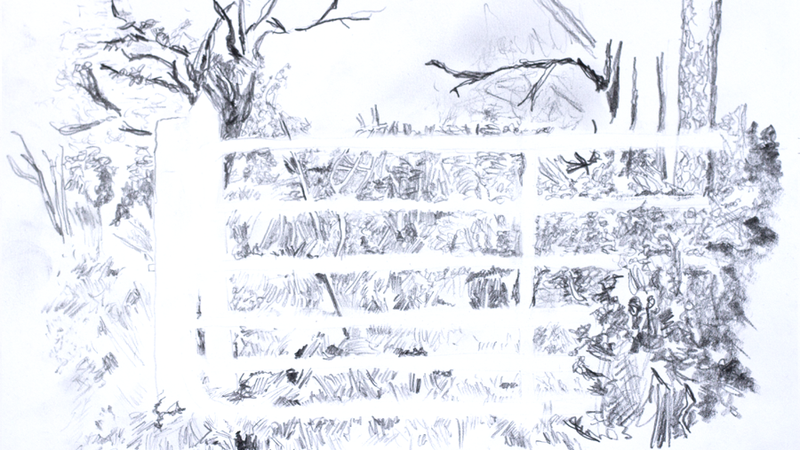 What stories can a gate tell? That’s the question FIELD artist in residence Shane Finan poses in his latest blog.

The farm gate disrupts a continuous boundary. Be it a fence or a hedge surrounding a farm, the gate marks a breaking point where passage is possible. Like all thresholds, there are different ways of viewing the gate. Here are five possibilities of what a farm gate can be: 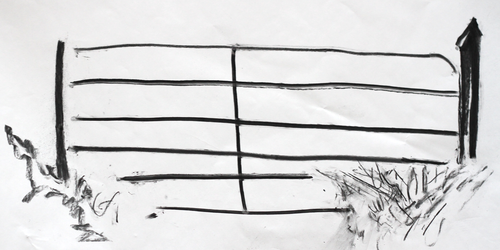 When closed, a gate is a barrier between the enclosed space, often a field, and the space outside. When open, the gate is a point of entry and also a point of exit. The gate confirms that something is enclosed. An open gate without any human or animal nearby can create a question: “What has been let out, which is now unseen?”

In electrical circuits, gates are boundaries where flows of electrical energy can pass from one point to another. This same technology is used in computing systems to control flows of information. When the gate is closed, the flow is stopped. A farm gate can be a point of flow, particularly during the movement of livestock. Large numbers of animals, moving from one field to another, directed by humans or dogs, create currents of dynamic life that flow down laneways and roads (and sometimes take unpredictable detours – make sure to close your garden gate!).

The typical farm gate is made out of a galvanised metal alloy, a carefully developed technology that has evolved over thousands of years. Farm gates on animal farms have a cascading structure, whereby the horizontal bars get closer together the closer to the ground they are. In this design, the bottom two gaps are as large as the first gap at the top of the gate. This design prevents small animals from escaping while keeping the gates both lightweight and limiting the metal needed for their construction. 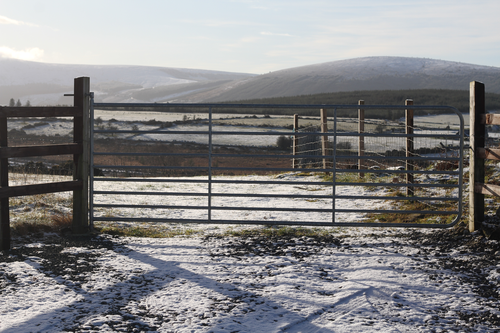 A gate that is always open is not the same as a gate that is not there at all. The power of something existing, even if it remains unused, has magic. If there is no gate at the edge of a field, this is just an opening. But an open gate, even if it remains always open, is a constant reminder that it can be closed. Similarly, a slaver who carries a whip may never use it, but the symbol of power remains a threat. The point of dominance occurs in the ability to close off an option, not in the action of doing so.

The opposite also holds true. If the field represents an enclosure, like a zoo or a prison, then the closed gate may be a symbol of potential freedom. It remains the point through which a possible other world can exist. When inside, any possible space can be imagined outside of the gate.

Gates can be many things. The bars of a gate can feature graffiti or support warning signs. It can rust and degrade, and become buried in gorse. It can be opened and passed through. It can be locked. It can be climbed over, with one leg dangling on either side, placing the climber halfway between two possible worlds.

The gate can be a technology, a metaphor, an aesthetic object. It presents many different versions of itself. Even a seemingly simple inorganic object can offer up complex possible stories.

What is a gate?

All images are copyright [c] of Shane Finan.