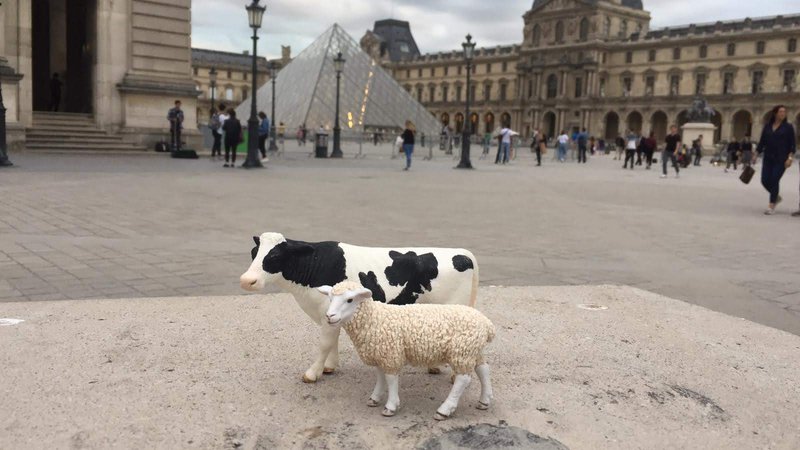 In the latest FIELD blog, historians James Bowen and Karen Sayer reflect on their recent visit to the international Rural History conference in Paris.

At the beginning of September members of the history cluster of the project team attended Rural History 2019, an international conference held at the École des Hautes Études en Sciences Sociales in Paris organised by the European Rural History Organisation (EURHO). It was the fourth biannual conference since EURHO was established in 2010 to promote the study of rural history in Europe and beyond. The conference is a real highlight for agricultural and rural historians and provides the opportunity to hear papers covering a wide range of aspects of rural, agricultural and environmental history, and to network with historians with similar research interests.

The papers presented varied chronologically, geographically and thematically. Several panels were directly relevant to the FIELD project. They included sessions on the use of moving pictures for nineteenth and twentieth century rural history, the production and circulation of agricultural knowledge, the growth of agricultural ministeries and trends in global food production since 1945. There were also two keynotes, the first of which discussed agriculture and food supply in global history. Dr. Paul Brassley (Exeter University, UK), a leading historian of twentieth century agriculture, highlighted how the growing season of British raspberries had been extended from four weeks to six months by the adoption of a new variety. Something which I'm sure all raspberry lovers will be very grateful for.

A panel titled: ‘Moving pictures and their impact on rural history’ was particularly interesting as it included a presentation about a new European database of rural films and featured films from Austria, Belgium, France and the Netherlands. Professor Karen Sayer (Leeds Trinity University, UK) – a member of the FIELD team – contributed to this session presenting a paper which showcased films about the adoption of electricity in the English countryside. She highlighted how electricity provided a new modern source of energy for farms and rural communities, whilst electrification was challenging in rural areas.

The FIELD project organised a session titled: ‘The scientisation and medicalisation of livestock agriculture: New perspectives on, and approaches to health, breeding and productivity post-1945’. The session examined the role of science, medicine and technology in modernising livestock production after the Second World War. It began with a paper given by Professor Sayer who outlined how knowledge of livestock disease was circulated in Britain and its reception. Descriptive and prescriptive advice passed between the state, marketers and animal health professionals. The culture of modern farm hygiene emerged in the second-half of the twentieth century as reflected by the design of new buildings, the increasing use of disinfectant and modern veterinary practices. It was highlighted that most farmers had not received formal agricultural education, and that consequently advisory agencies and films played an important role in promoting new farming practices. Delphine Berdah (Université Paris-Sud and Paris-Saclay, France) described how antimicrobials were marketed and modern animal breeding was promoted in France. The role of animal feed companies was emphasised both in terms of funding research and in the addition of antibiotics in feed compounds.

Floor Haalboom (Erasmus University Medical Center and Utrecht University, the Netherlands) showed the way that the development of the modern system of intensive factory farms in the Netherlands went together with the widespread adoption of compound feed which increased dramatically between 1946 and 1970. She demonstrated that animal nutrition experts employed by companies, co-operative institutions, universities and state institutions developed and evaluated compound feeds. These experts competed with veterinarians in offering advice to farmers about keeping livestock. Dr. Karl Bruno’s (KTH Royal Institute of Technology, Sweden) paper examined how artificial insemination (AI) transformed cattle breeding in Sweden from the 1950s onwards. He argued this grew out of veterinary interest in reproduction during the interwar period which corresponded with research into reproductive physiology and inheritance. Methods of collecting semen were described and illustrated with archival photographs. It was argued breeders and geneticists seeking to improve breeds, presented bulls which displayed sexual weakness as a drawback to the prominent dairy breeds.

Finally, Sue Bradley (Newcastle University, UK) who is the oral historian on the FIELD project outlined her work to date on existing oral history collections held in regional and national archives and the aims and methodologies that she will employ in undertaking oral history interviews with farmers in northern England. These will eventually be deposited at the Museum of English Rural Life. A highlight of her paper were the oral history excerpts from a previous project enquiring into the role of farm vets and their relationship with farmers. These were played to the audience and transcripts circulated, and really succeeded in bringing history to life for those who attended.

The Rural History conference is a biennial event and we're very much looking forward to Uppsala in 2021.

For more information on the papers presented, visit the conference website.