FIELD and the senses 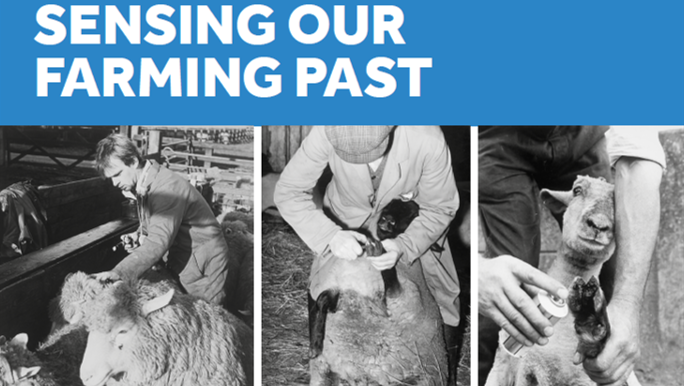 In the latest FIELD blog, social scientest Beth reflects on the teams recent visit to the Royal Berkshire Show and how the FIELD project seeks to capture the senses.

Through our links with the Museum of English Rural Life (MERL) we were invited to attend and have a stand at the Royal Berkshire Show last month. Through being based at the university of Reading, this meant that our show offering needed to focus on the theme of the senses.

Senses are a key part of the FIELD project, be that through the nature of disease in itself or the various data collection activities that are currently undertaking or have planned. For example: 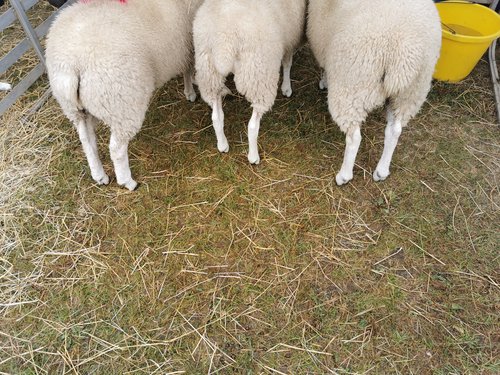 From the above summaries, it is clear that disease itself is an inherently sensory experience and therefore lends itself nicely to a sensory theme. Our stand at the show capitalised on this and was centred around lameness, and foot rot in particular, to provide an example of the sensory elements of one disease. To give visitors a hands-on experience, a number of tools used to manage foot rot were kindly donated for us to use, accompanied by several images of foot trimming from the MEERL archives. We also had with us several audio excepts from oral history recordings of a number of human encounters with animals (think vets and farmers).

With vastly differing weather across the two days (typical Britain!), we had a range of individuals come and speak to us, from interested members of the public to farmers (past and present) and their advisors. Even a few of the young farmers who had taken a break from showing their animals earlier in the day stopped by to explore the stand. 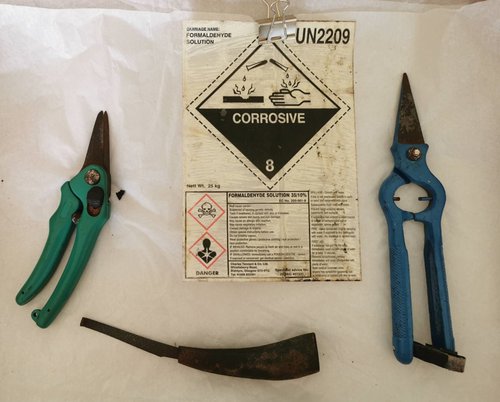 With the range of attendees to the stand it was unsurprising that a variable amount of knowledge of what the different tools we had taken were used for. Given their uncanny resemblance to gardening equipment (especially the trimmers on the left in the picture), it is unsurprising that visitors identified them as secateurs, and made reference to trimming plants as the most likely use for them. There was therefore a number of surprised faces when it was highlighted that the tools were used on sheep. Shearing was then the logical use for these tools, with many only guessing their actual purpose when prompted with the historical images of foot trimming in action.

For those who were familiar with the tools, including some of the younger visitors, we had several first-hand demonstrations of how they should be used correctly, as well as a number of stories about experiences with managing lameness and foot rot (including emphasising its smell), and some of the ongoing challenges that are still present. 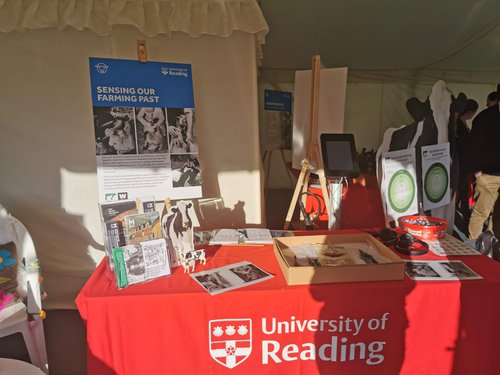 Visitors to the stand also keen to listen to the audio snippets we had with us, with several interested visitors listening to all nine we had with us. All of the recordings were well received and hearing the descriptions first-hand really helped to bring the farming past to life by painting some vivid images of animal encounters.

After a long two days at the show the team were pleased to leave with a range of stories about farming past and present, and a much greater sense of how aware visitors were about animal lameness and associated practices. As always, there was lots to learn for future events others too.