Can Game Theory help us understand the spread of livestock diseases? 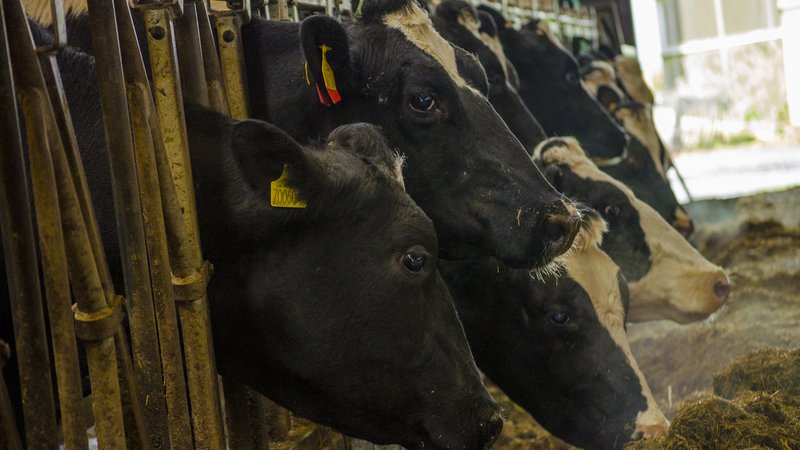 In a scene from the movie A Beautiful Mind, Harvard mathematics student John Nash (played by Russel Crowe) explains the solution to a tricky problem confronting him and his companions in the college bar. The problem is this: John and his friends all have their eyes on the same blond woman, while none of them are quite as enamoured by the four brunette women she is with. How can he and his friends give themselves the best chance of romance that evening?

Nash, who would later lay the mathematical foundations of Game Theory, explains to his friends (and to the audience) that the best outcome will be achieved if they ignore the blond and instead each approach a different brunette. He reasons that if they all go try to talk to the same woman then they will get in each other's way – and ultimately ruin their chances with any of them. The only way for John and his friends to avoid this fate is to aim for the less desirable, but in no way bad, option of trying their luck with a brunette.

Although this never really happened (as far as we know), Nash did become famous for developing this way of thinking onto a branch of mathematics that has since been applied in a range of areas including politics and economics. The problem of finding romance in a college bar is not the important thing here. What is important is the way the problem relates to many high-stakes situations where difficult decisions must be made.

In our research, we have been thinking of ways that these games can be applied to the problems confronting farmers, particularly with respect to the management of endemic livestock diseases. While many of the questions we are asking are new, we can borrow ideas from these other areas.

For example, consider the decision a parent makes about whether to vaccinate their child against measles. Since some people are opposed to the idea of vaccination, their preference would be to skip the vaccination and hope that a sufficiently large number of other people are vaccinated - their child will be ok just as long as they never encounter anyone else carrying the disease. To Nash, this behaviour would be like the strategy his friends used when they all wanted to compete for the same woman: if everyone chooses this option then everyone will suffer. The winning strategy is to take the less desirable, but in no way bad, option to vaccinate.

This is one subject that modern-day game theorists have been interested in. The objective, ultimately, is to eliminate the threat of measles, and the way to do this is to nudge them towards more congenial behaviour. In the FIELD project we are asking similar questions of endemic livestock disease. The problem of vaccination has a lot in common with the problem of encouraging farmers to take measures to prevent infection spreading on their farm. There are of course additional factors specific to the problems associated with managing a farm that we need to consider, like the way animals are traded between farms, and the question of how much would a farmer pay for a disease-free animal.

In our essay "Game theory and BVD control" we explain how we are looking at the problems of BVD control through the lens of Game Theory. We encourage anyone curious about the epidemiology and economics of endemic livestock disease to read it.