A walking tour of Newcastle 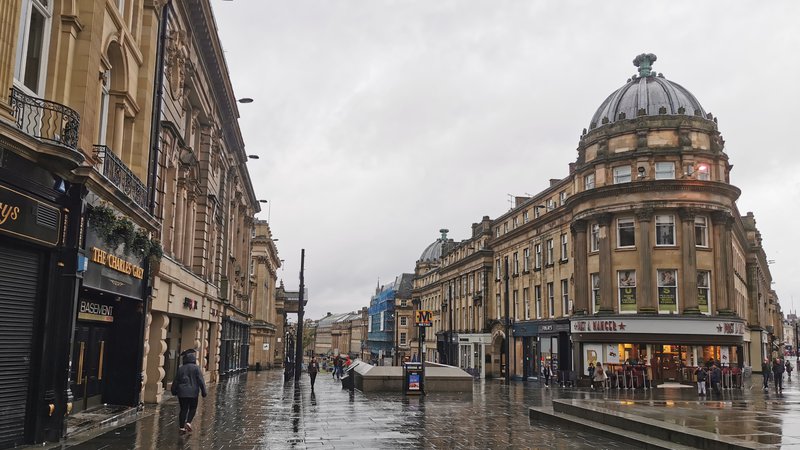 In the latest FIELD blog, social scientist Beth reflects on a recent walking tour of Newcastle and how walking will be a vital part of the upcoming social science research.

Although using walking as a research tool is nothing new in the social sciences, it is not a method I have ever used before. However, it is something research colleagues and I plan to employ in an upcoming phase of data collection for the FIELD research project we are currently working on. We hope this creative means of capturing data will help us both experience first-hand the landscapes our participants live and work in, and learn about how their interactions between the ground, buildings and livestock influence animal diseases.

The walking method can add rich data to a study, but it can also be a challenge to simultaneously observe your surroundings, make notes and ask questions. I was therefore delighted when the opportunity to go on a walking tour around Newcastle arose so I could practice walking and learning at the same time. I have lived in the Newcastle for 30 years, so it was also a great chance to be a tourist in my home city. 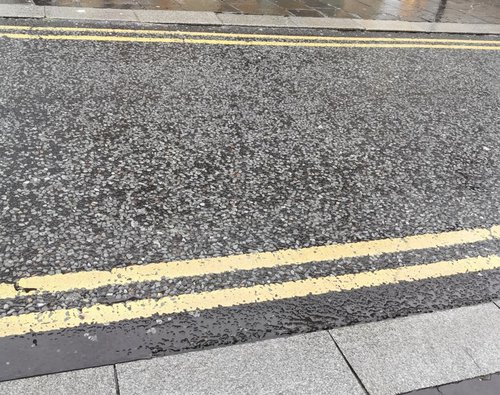 Blackett Street in Newcastle – the old city walls are hidden underneath

The walk started at Grey’s Monument, where we learnt about the city walls that still sit underneath Blackett Street today, as well as about the history of the monument itself. This included several stories in relation to various body parts falling off the statue of Earl Grey due to activity nearby, such as the construction of the metro line. We also heard about how there use to be a large country house – including landscaped gardens – within the original city walls, which occupied a large chunk of land around the area we know as Grey Street and monument today. It’s hard to believe that such a built-up area could previously have been such a grand estate, especially with no obvious signs of its presence still readily visible. 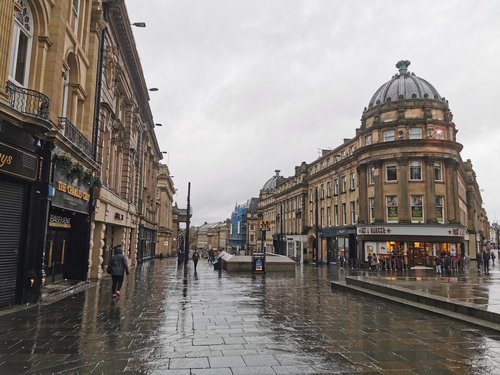 Grey Street in Newcastle, which has changed considerably in appearance over the years

Moving gradually down the hill, we then entered the beautiful Central Arcade to hear more about its history, including, in particular, its beautiful architecture and stunning tin glazed tiles (these tiles can also be spotted in various pubs around the city centre). We also heard several stories about the different shops that have been in the premises over the years, including a ghost story – very fitting given the time of year. 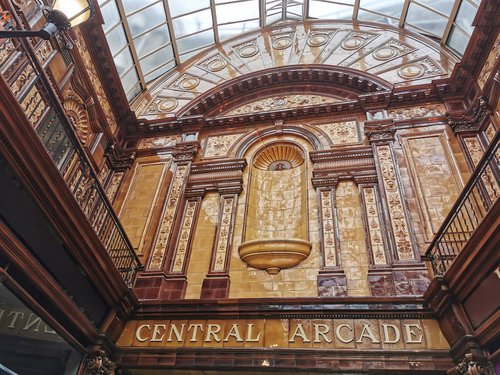 Heading back outside onto Grey Street we learnt how this area of the city was created by covering over the Lort Burn – a river which still flows down to the Tyne today, albeit now underneath the city in a culvert. This explains the names of the roads ‘High Bridge Street’ and ‘Low Bridge Street’, as these were the actual crossings used to get over the river in years gone by. This hidden waterway is represented by a lovely array of paving near the Old George pub off High Bridge Street, depicting the water flowing underneath on its way down to the Tyne. 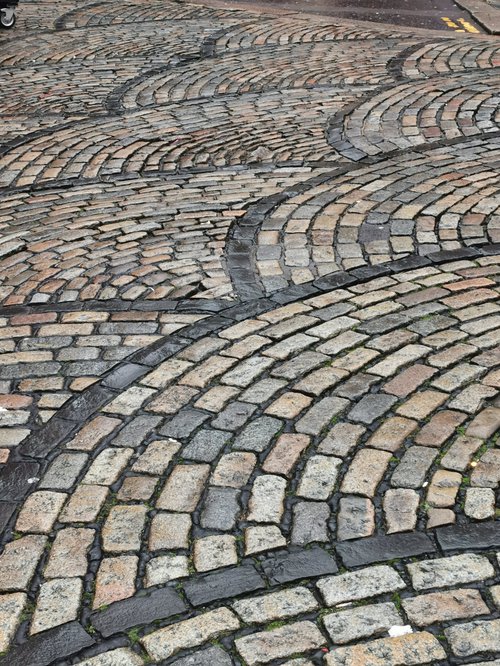 The decision to build upon this ground and over the river to create the beautiful buildings of Newcastle (in the famous Tyneside classical style) we know today, means that their foundations are pretty robust, being the same size of the buildings themselves. It was also impressive to hear that the Theatre Royal was built in just a period of 7 months, something which seems unthinkable today.

The tour helped me better understand what has driven the changes in the city and taught me more about the individuals behind these changes, such as Lord Eldon, Earl Grey and Richard Grainger. It really brought a human element into the history and development of the city, which as a social scientist I found fascinating. It also highlighted to me the importance of taking the time to understand the social elements involved in change, as well as the physical changes (in this case, buildings).

The walk really emphasised the importance of thinking about the land beneath your feet and how its use has changed over time. It also demonstrated the value of looking up and fully taking in your surroundings. For example, I have lived in Newcastle for thirty years and never noticed the vampire rabbit hidden behind the cathedral, perched high above a doorway. This really hit home how much you can fail to notice your everyday surroundings. 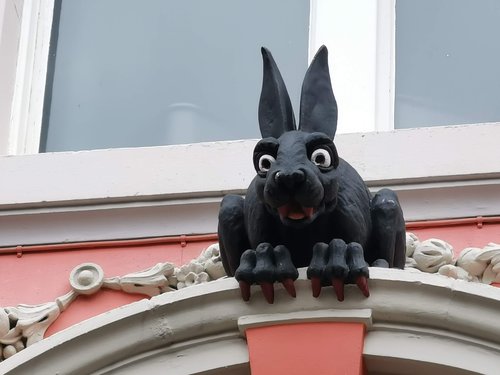 The vampire rabbit of Newcastle, behind the city’s cathedral

This experience gave me numerous things to think about for my upcoming fieldwork, many of which will help ensure I can maximise the farm walks I undertake. This includes the importance of going with a fresh pair of eyes, and the value of using the visual prompt of your surroundings to stimulate discussion. This can generate a wealth of information, which we hope will illuminate some interesting new findings in the field of animal disease research.